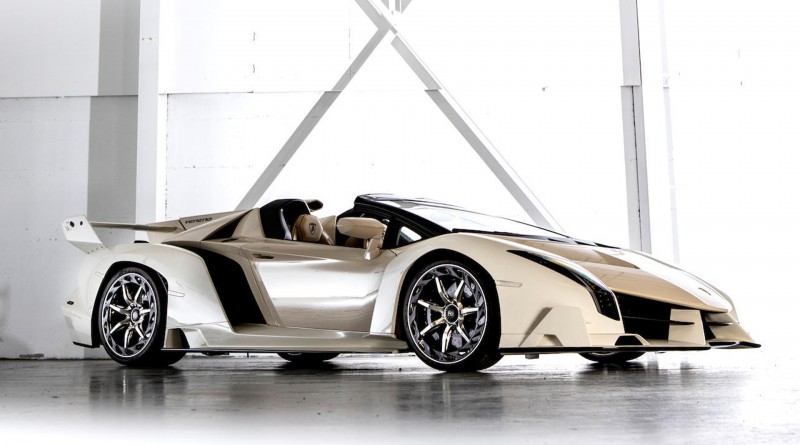 One of the most interesting and exciting supercars to ever hit the automotive scene is without a doubt the Lamborghini Veneno. The convertible variant was limited to just 9 examples when it debuted approximately 6 years ago with a starting price of $4.5 million. These cars rarely hit the private market, so when they do it’s an exciting event that attracts the biggest car enthusiasts around the world.

This specific Lamborghini Veneno was seized by Swiss authorities in 2016 along with a Koenigsegg One:1, LaFerrari, Aston Martin One-77, and a Bugatti Veyron as part of an investigation into Mangue. The owner was accused by the authorities of using public money to fuel his extravagant lifestyle and eventually reached an agreement with Swiss prosecutors by agreeing to sell the seized high-end cars.

This Veneno Roadster is in near-perfect condition, with the exception of a minor scratch on the right rear wheel. That did not stop someone who agreed to pay the equivalent of nearly $8.3 million to acquire what is now known as the most expensive Lamborghini ever sold at an auction. The Lambo has just 325 kilometers (202 miles) on the odometer and still has the factory tires, while the beige interior looks as good as new.

Bonhams handled the transaction and the Aventador-based droptop changed hands during the recent Bonmont Sale organized in Cheserex, Switzerland. During the same event, the Koenigsegg One:1 went for $4.6M, the Veyron for $1.31M, the One-77 for $1.55M, and the LaFerrari for $2.19M.